Zvezda has released a 1/144 scale kit of the Irkut MC-21-300 twin engined airliner that is currently under development in Russia.   Kit ZVE-7033 is now available to order. 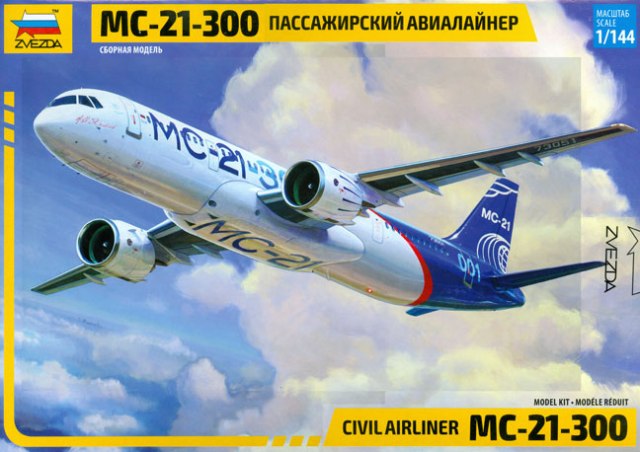 The decal provided in this first release is for the first prototype. 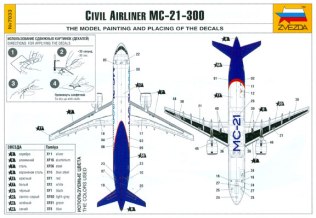 The first prototype made its first flight on 28th May 2017, and to date there are four prototypes performing the test and certification work.  The first four prototypes and development airframes are powered by Pratt & Whitney PW1400G turbofans, but due to U.S. sanctions, a new engine of Russian design will be used for production airframes.  Development of the Aviadvigatel PD-14 started in 2009, and was flight tested on an Ilyushin 76 airframe.  Apparently flight ready engines have been delivered to Irkut, and are fitted to the fifth airframe, currently in production.