TwoSix has sent four new sheets in their screen printed series to the printer, depicting four Pakistan International aircraft in their 1980’s colours. 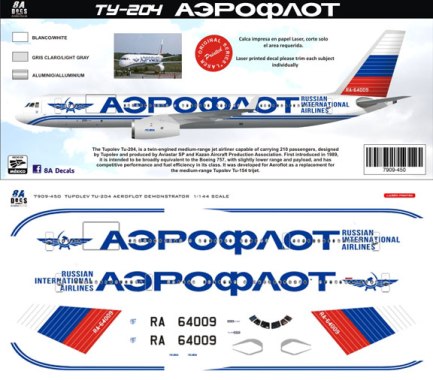 Last but certainly not least, DRAW Decal released a new set depicting a special livery worn by a Sunwings Canada Boeing 737-800 to celebrate a charter that took winners of a competition to Ireland in late 2016.  Sponsored by Jameson Breweries, the 737 wore their titles and logo for the flights.  The decal is available in 1/144 scale for the Revell or Zvezda kits, and 1/200 for the Hasegawa kit.

These can be ordered now, and will be mailed on to you as soon as they arrive.