It has been a busy week, with a number of new kit and decal releases announced and available.  So let’s get started!

First, DRAW Decal followed their American Airlines Boeing 787 sheets (announced earlier in the week, see previous post) with a new one for the MD-80.

Next, TwoSix announced that their 1/144 scale L.1011 Tristar 500 kits are available, and with some added decal options.  These are the Eastern Express kit, packaged by TwoSix with one of their laser or silk screened decals.  I have an initial batch on order, which should be here a week from now.  See our earlier post for the previously announced Tristars. Added are: 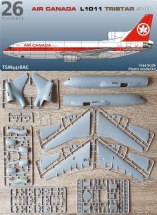 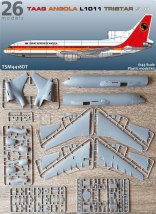 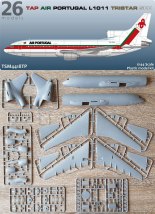 TwoSix also added two additional 1/144 scale Fokker F.27 options.  Again, please see our earlier post for the earlier releases.  For these new options, the full kit with decal is available, as is the decal on its own. 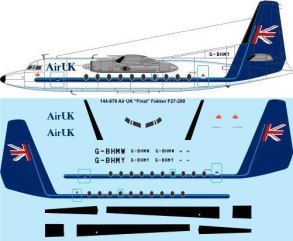 Along with new rates, the US Postal Service tightened up their definition of what is considered “flexible” to qualify for the domestic and international First Class Envelope rates.  They say that my thicker packages, those with more decals inside, are not sufficiently flexible.  By demonstrating different packages with different numbers of decals, we have concluded that 5 decals is the upper limit under the “decals only” option.  More than 5 does not flex sufficiently to be processed through their machines, and must be sent as “First Class Package/Thick Envelope”.  These rates are already available for International packages, and have been added to our site for US domestic packages.  The good news is that these packages include tracking.