I received my latest shipment of DVDs from airlinehobby.com earlier this week. 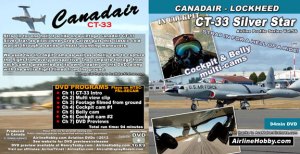 AHC-057 features 94 minutes of Canadair CT-33 Silver Star footage.  Developed from the Lockheed T-33, and built by Canadair in Montreal, the CT-33 served with the RCAF and CAF from 1953 until 2005 when the last Mk 3 was finally retired.  Many were sold for private use and still more are preserved in museums and as gate guardians across Canada and the U.S. 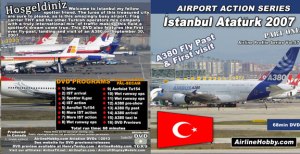 AHC-057 and AHC-058 feature the action at Istanbul Ataturk International Airport in 2007.

Part One provides 68 minutes of action, including the first arrival of an Airbus A.380

Part Two provides a further 67 minutes of action, including a demonstration flight of the A.380 for the benefit of the local press.